I’ve always maintained Orkney is a fabulous place to live, but with many things, our greatest strength can also be our greatest weakness. Part of the charm of Orkney is the fact that it’s an island and completely cut off from the mainland of the UK. However when life throws you a curve ball and you need quick access, nothing feels more isolating than the fact  you have to cross an ocean to get to where you want to be.  Never more so than when you get a text from your daughter to tell you she is in the middle of anaphylactic shock and on the phone to the emergency services.

Miss Lashes has always had an aversion to nuts.  She once confessed to me a few years ago that when she was a little girl, she secretly stole some chocolates from a box while I was on the phone. It was those shell things that are made from praline and her throat began to itch immediately. She was too young to know about allergies and didn’t own up for fear of a telling off for taking the chocolates. Years later she was decorating a coffee and walnut cake and her hands began to itch and her arms became red right up to her shoulders. Blood tests showed she was allergic to walnuts, hazelnuts, pecan nuts and brazil nuts, the most serious of these being walnuts. Since then she’s had an epi pen but never needed to use it until today when after eating out she quickly realised she must have inadvertently ingested something.  Maybe walnut oil or cross contamination or something but her whole body began to itch and she couldn’t breathe. She used the epi pen on herself, phoned 999 who stayed on the phone to her while she waited for the ambulance and sent me a text saying ‘are you at work’ Talk about playing it down! I happened  to be on my lunch break else I might not have got the message for hours.

She’ll be staying in hospital over night as she’s had several rebound anaphylaxis episodes but they are getting less severe and she’s been asking for her lippy just in case a handsome doctor walks past so must be on the mend and she’s being remarkably calm and mature.  Normally Miss Lashes can have a full blown melt down over the slightest thing but seemingly when it’s the real deal she can pull it out of the bag, so I’m feeling much better and very proud of how she’s coping.  I was looking into getting on the last flight out of Orkney today but all’s well that ended well and she’s got brilliant friends around her to step into breach when mum can’t be there. We’ve face timed her and seen her beautiful if not currently a little blotchy face. She’s talking more sense now as her initial texts were a little drug induced and confusing and we can all sleep tonight safe in the knowledge that though we are miles apart, we have so much to be thankful for in a modern world including ambulance crew, NHS, medication, doctors, nurses, Face time and auto correct. 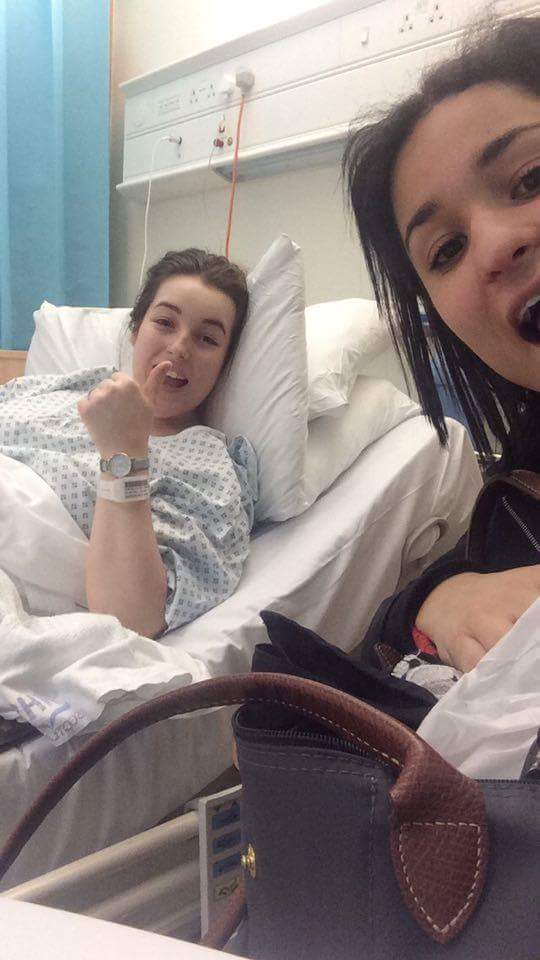 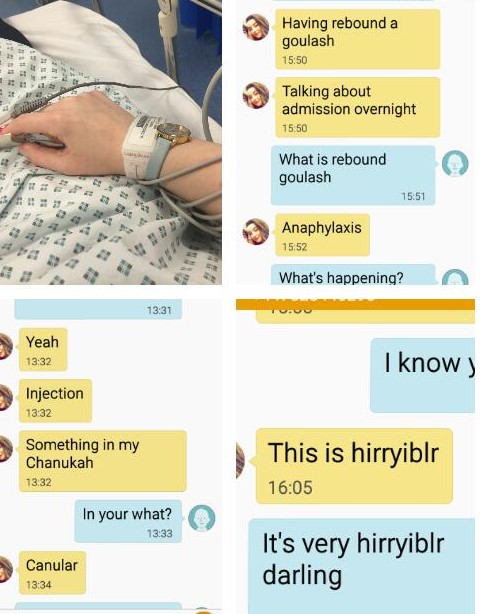 5 thoughts on “May contain nuts”