I did one day’s work this week before taking a few days off.  9 days ‘holiday’ stretched out in front of me and it felt like an eternity.  Now it’s down to 3 and they will disappear quicker than I can unwrap and pack away a Flake down my neck without the dog knowing I’m eating. Still, it’s been lovely.

Monday was International Happiness Day and the first day of Spring.  I woke to the sound of rain lashing on the windows and the wind howling round the house.  My no excuses walking plan became ‘excuses’ walking plan.  I wasn’t setting foot outside the door and would make up for it later when the weather was better (which I did).  Things brightened up though when I opened my curtains to the sun streaming in the window and spring flowers in full bloom.  The thing about happiness is, sometimes you just have to go out and make your own.

For most of the week I enjoyed spending time at home.  I managed a good sort out of my clothes and got bags sorted for the charity shop.  Next challenge is to get them delivered without buying back a ton of other people’s stuff on my way back out the shop.

I also enjoyed many walks in all weathers.  One morning it was snowing and the cold was enough to give you a free face peel.  Invigorating and beautiful, but it was lovely to get back inside and lay in the sitting room where the sun pours in the window. (said the dog)

On Friday I flew down to Edinburgh for a Mother’s Day weekend with Miss Lashes and her boyfriend NotPhil. I also got to meet the Not mother in law and the weekend was an absolute delight. It started off with some mother-daughter time where we had some beauty treatments such as eye-brow threading. This is basically the ripping out of unwanted eyebrow hair using a scissor type grip with carefully wound thread. If it’s too hard to imagine then don’t worry yourselves. It hurts and is done in a walk in public place so you can’t cry and sick up a bit even though you want to. But you do end up with beautifully neat eye-brows and proof that beauty is pain.

We then went on to shopping which went like this.

What do you think of this top?

As well as shopping for clothes that are too young for me and a meal at a sushi restaurant (Miss Lashes ordered for me and to her credit, knew what she was doing as it was truly delicious) we also went to visit the famous Edinburgh dungeons. It was an interesting trip and interactive. Miss Lashes had gone to the library to study for her dissertation and NotPhil was left with the job of entertaining the two mothers. He suffered all the way round the 90 minute visit and then there was a ‘ride’ called the death drop at the end. You sat in a row and the ride rose in the air then dropped suddenly. Never before has a ride of a few seconds produced so much hilarity for two women and so much mortification for one young man. As the ride dropped we both screamed and then burst out laughing at the end. But that wasn’t all. As the ride dropped your photo was taken and we walked out to see our expressions at the moment of fear. We laughed and laughed at the photos. Everyone else had left and the two mothers were left in the shop crying with laughter. Bent double as the tears rolled down our faces, and meanwhile NotPhil was standing in the corner denying all knowledge of knowing us. It really was one of the funniest a moments I have ever been through. When we arrived back at base we recounted the story to Miss Lashes and the hilarity started all over again. Every time I look at this photo now I burst out laughing. For a split second I was so filled with fear and it looks like I have no neck. It’s safe to say the two mothers have bonded through the ugliest yet most hysterical photo of my life.

We also managed a lovely yet all too short visit around the Edinburgh museum where we saw a display of clothing through the ages, and among other things, the world’s creepiest teapot. 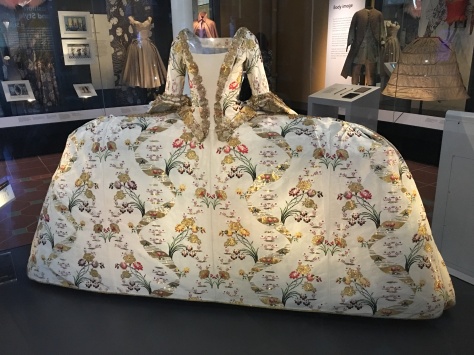 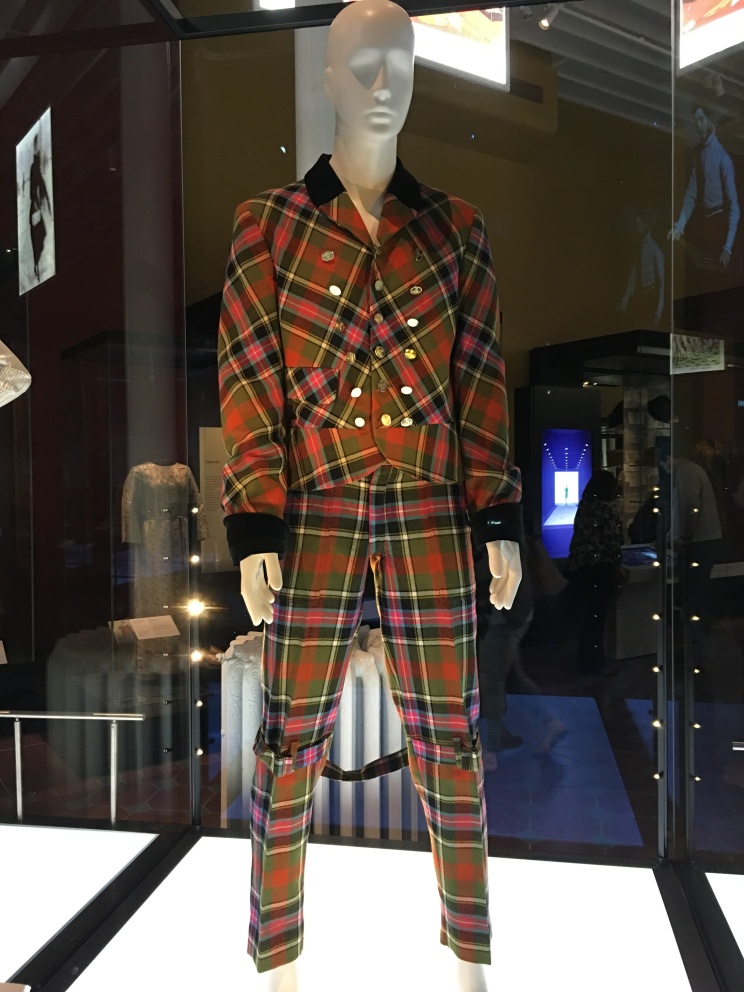 For our Mother’s Day treat we were taken to the Balmoral Hotel for afternoon tea. It was absolutely exquisite and for two hours we were filled with delicious sandwiches, scones and cakes. Such a lovely end to a super weekend and thank you very much to Miss Lashes for coming up with the idea and NotPhil for footing the bill. 😁

It was a lovely though slightly delayed plane ride home and I managed some great sunset pics from the air.

I even had the fabulous MouseMagnet for company at the airport and all in all it’s been a super few days. Sorry it’s a late week in pictures this week, a packed weekend and jet lag from the clock change meant I just didn’t have time or energy last night. I hope you all have a great week and a chance to laugh until you’ve had the best stomach work-out ever. I sure did!

2 thoughts on “My Week in Pictures”