Just when you thought it was safe to come back on the internet, I’m back!

The last few weeks has largely been work and swimming.  Over the summer weeks, there are lots of shows and events including Stromness Shopping Week.  An annual event with lots of things to take part in including the Holms Race.  Here’s what I had to say about it in Instagram.

UNFLUENCER! – I took part in my first ever official swimming event today. I use that term loosely. It’s the Stromness shopping week Holms race where you get taken out to an island in a boat and swim back to the harbour.
1. No one told me I’d have to climb over the side of the boat looking like a beached effing whale and drop into the water in front of all the whizzy fast people in their fancy wet suits. MOR-TI-FIED 🤦🏻‍♀️
2. I wore a swimming cap with a local restaurant’s name on so basically I’m now a sponsored athlete – sponsored by food and drink. 💁🏻‍♀️
3. I came fourth from last, I was just lucky to come in unassisted by the rescue boats around. Shame kept me going. 🧜‍♀️
4. I got stung on my butt by a jellyfish. My husband said it stung as it overtook me. 🙄
5. I stuck the GoPro down the front of my cossie to get some underwater action. Only it was the wrong way round and I filmed my boobs for several minutes before I realised. Footage never to be released. 😳
6. The first picture was taken last night in ‘training’ ahahaha training my ask. I included it because it’s the only one where I don’t look like I fell head first out the ugly tree. 🤩
7. Swipe left for awesome sporty, swimming, athletic competition photos. 👈
8. I think I’ve nailed it as an influencer and I’ll be waiting for the #gifted products to come rolling in. I’m ready for ya. 🤸🏾‍♀️
9. Tag someone you think wants me as their poster girl. For example @dryrobe @swimsecure @tiffanyandco

I’ve had lots of fun in the water and it really helps me to relax and cope with the more stressful side of life.  This photo was taken with a drone at my local beach.  Thanks to Ally’s husband for helping me fulfill a ridiculous goal.

As I said previously on my blog, The Mothership was diagnosed with dementia in January of this year and it was devastating for us.  The other day a fundraiser was launched by Alzheimer’s Research UK called Swimming Down Dementia.  There was a collision of something that is really important to me at the moment along with something I really enjoy.  An opportunity to fundraise by swimming.  I signed up and plan to swim 20 miles between 1st September and 31st October.  On Thursday I launched my fundraising page and shared it on to my Facebook Page.  (Mothership, if you’re reading this do NOT click on the Facebook page and sign up to Facebook.  You’re missing nothing but you’ll create a whole heap of a nightmare if you do 😉 ) I set target if raising £100 and by the time I went to bed I had tripled that.  I was overwhelmed!  The best morning Orkney Beef said if I could raise £1000 before the challenge starts he would join me. Maybe he thought it would be unachieveable but at the time of writing, thanks to the kindness and support of so many people I have I have already raised over £700.  For the first time in my life I’m top of the leader board for a sporting event.  All be it for fundraising and not actually done any official swimming for it yet.

I have attached a link to the fundraising page.  I hope my parents can click on it and see the overwhelming support and love that has been shown.  If you would like to contribute a pound or two I thank you very much and if we can get Orkney Beef in the water then there will be pictures.  If you would like to donate in memory or honour of a loved one I can dedicate a swim to them.  It’s good to be back and in advance of any contributions made I thank you very, very much. 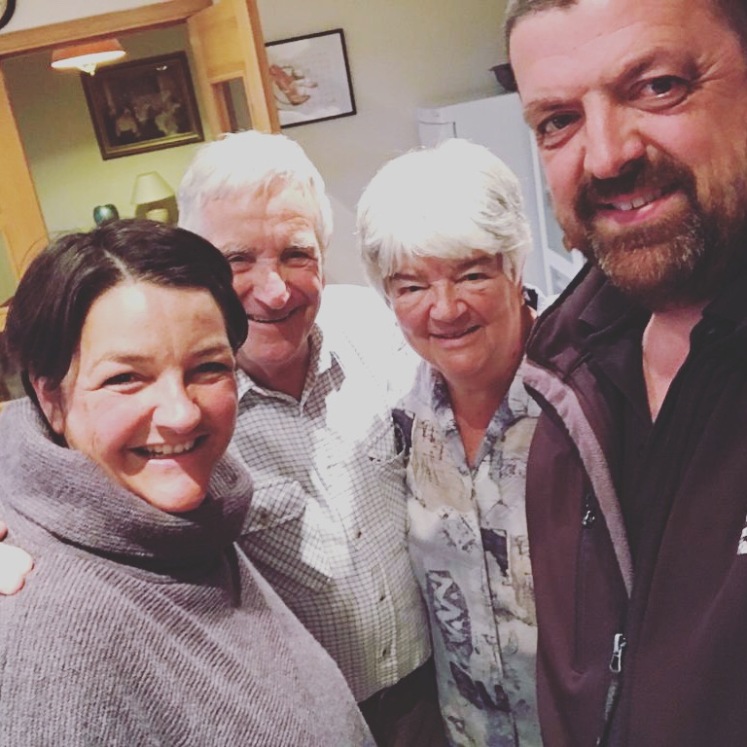