This week I discovered I had a somewhat tenuous claim to fame, but it was exciting none the less. I had shared a Maya Angelou quote on FB and my American aunt told me she had once sat on the same panel as her.  I’ve always loved Maya Angelou’s writing, poems, and inspirational survival instinct; so I was super excited to know someone who had actually met her.  Better still I was related to that someone.

Prior to this, my most recent claim to fame was the fact my husband’s picture was on a packet of Westray shortbread.  At least I thought it was, and so did he.  However, we were enlightened by a friend that the man we thought was Orkney Beef, was in fact a friend of his, and only Orkney Beef’s leg can be seen if you look very closely and have a vague idea what you’re looking for. I thought he was above the W but it turns out only his leg can be seen above the E if you squint and look very close up. He’s there, and that’s what counts.

There have been others.

I once sold some fillet steak to Nigel Havers and I also helped a lady from Crossroads when I was in a shop. Years ago  I said hello to a man I recognized and assumed I must know him. He looked at me weird so  I sat down and ate my meal thinking he was either rude or didn’t remember my hugely forgettable face.  It was only when I’d finished and went to leave that I realized weathermen must eat fast food too.

I have other tenuous links.  For instance, I sort of know the woman who’s uncle was on a bottle of Skullsplitter (Amy Liptrot who is in fact famous herself!) and I know a man whose foot was in Visit Orkney magazine. The lead from War Horse went to the same school as my kids and was there when I worked there too.  I just didn’t know he was going to grow up and play the lead in War Horse.

I’m sure I could dredge up many more but I don’t want to brag.  However, I’d love to hear your tenuous claims to fame.  You must have some, but not one of you will have a ‘my husband’s leg is on a packet of Westray Shortbread’ claim. 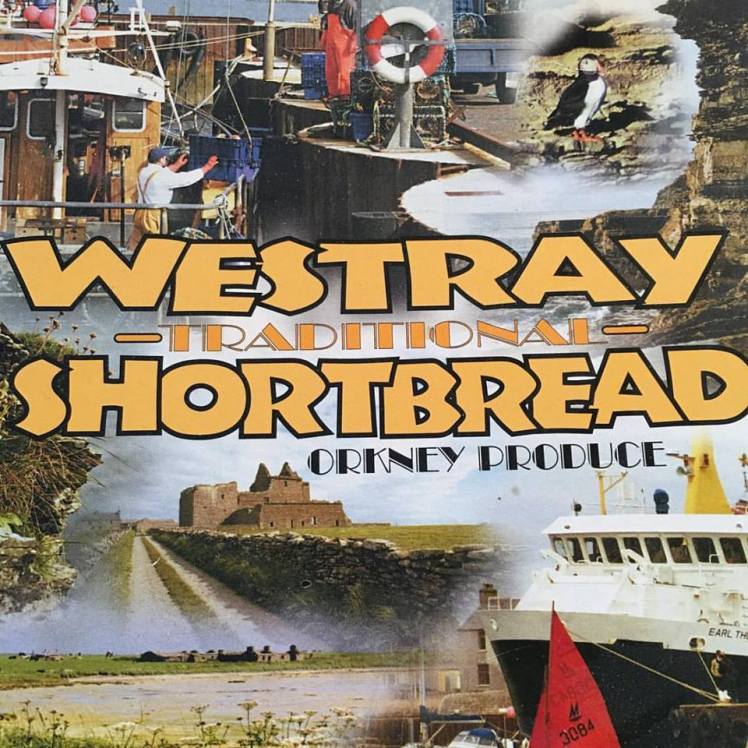 2 thoughts on “Tenuous Claims to Fame”