Orkney library has been in the news this week for all the right reasons.  We are currently Library of the Year,  one of our senior library assistants just won librarian of the year and last Saturday J.K Rowling popped in for a visit to the Saturday book group.  Do not adjust your screens, you read that right.  J.K Rowling really did pop up  to attend the  book group. I work for Orkney Library so I’m here to give you the inside scoop………………………

On what it’s like to be working in the OTHER Orkney library when J.K Rowling comes to visit.

When I was a little girl I used to play libraries with my dolls and teddies.   I would line them up then one by one check their books out (chosen by me) using a nail varnish bottle as a makeshift stamp. I would ‘shoosh’ them if they got out of hand and other dolls were trying to concentrate and make little tickets for them to hand in to me. I also spent a lot  of time walking backwards and forwards to my local library and can still picture it clearly.  I was obviously a complete anorak but a happy one. Skip forward some 40 years and my childhood dream was finally realised.  I work in a library, get to stamp books for real people, not dolls, and thanks to changing times just swipe their little plastic card rather than sorting through boxes of tickets.

Orkney has two libraries and I have worked in both.  Last May we opened a fantastic new library a few miles away from the main one in Kirkwall and I became based over there. I’ve attached some pictures of the enviable view from the upstairs window.  It really is the best office window view you could ask for and everyone comments on it.

The aforementioned librarian of the year (LOTY) has worked hard in recent years running a Faceebook page and hugely successful Twitter page which has 25.4K followers.  This is where the J.K.Rowling visit started.  There had been some conversation on Twitter involving the book group ‘Saturdays Slaughters’ as the book being discussed was The Cuckoo’s Calling by Robert Galbraith aka J.K. Rowling, and Stewart (LOTY) joked that she would be welcome to come along and join in, offering her favourite lemon drizzle cake and and strong tea. (good choice Jo!)

On Saturday I happened to phone our LOTY about some library business, I’ve forgotten what, and he told me he’d just heard that J.K. Rowling was on her way to the library having just chartered a plane.  ‘shut UP!’ I squealed, as I could hardly believe it.  (I’ve moved on from my well practised ‘shoosh’)  We were going to have to wait it out as at this stage it was just a rumour.

About an hour later I phoned through again.

‘put me out of my misery’

I am full of admiration for JK Rowling for doing this.  She came up with no fuss, attended a small book group of 11 people, enjoyed a tour of the library and quietly left. It was a huge boost to those attending the group and the library itself.  As for me, I could only look on from afar, like a child with its nose pressed up to the sweet shop  window.

So there you have it.  The exclusive on the day J.K. Rowling came to visit, from someone who was in the wrong place at the wrong time, totally missed the boat, could only envy from afar and phoned through to ask ‘what kind of boots is she wearing?’ 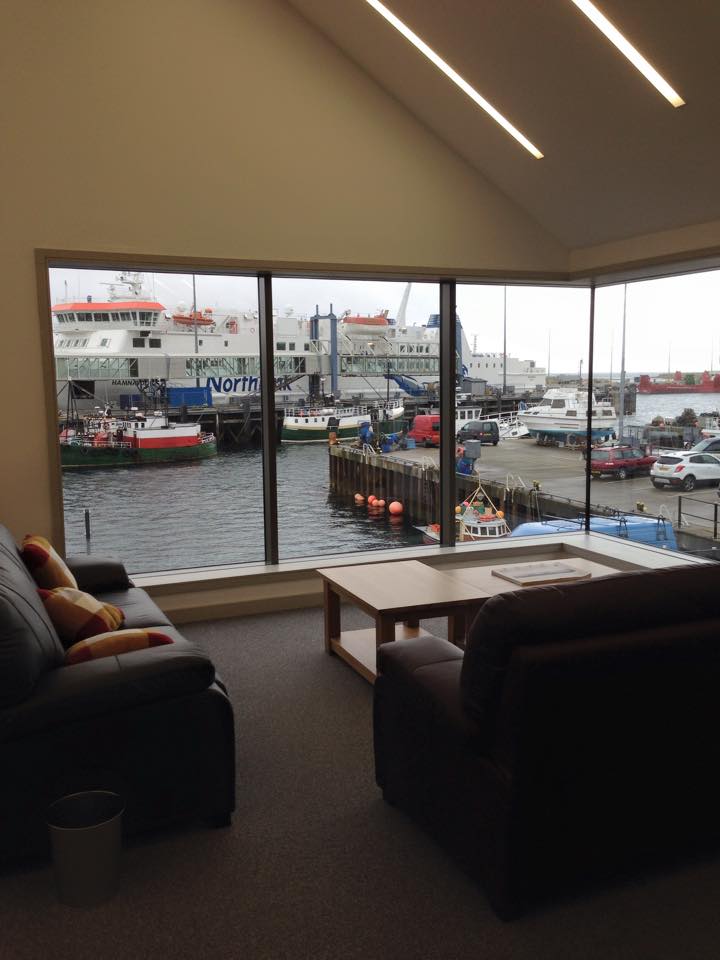 4 thoughts on “The day J.K. Rowling came to visit.”