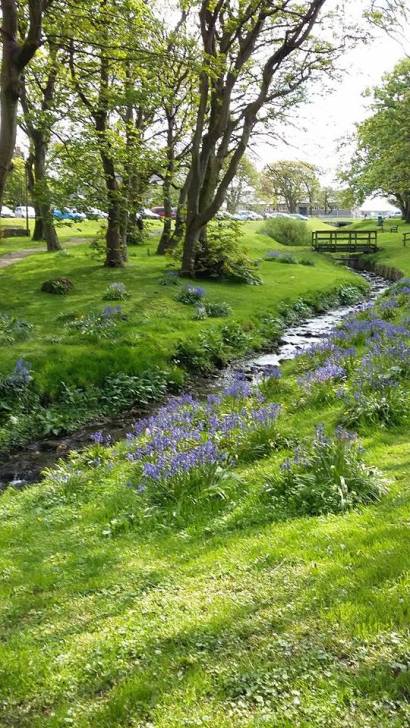 There are not many wooded areas in Orkney but I was able to capture this pretty little place looking so lovely on Monday, especially as the bluebells were out.  It’s called The Willows and has an adorable little stream running through (which Orcadians would call a burn) On such a sunny day the whole thing looked very picturesque. We went home later and lit the first BBQ of the season.  (possibly the last too but I don’t want to be negative about the weather so lets keep up hope.)

Being so far north means Orkney hardly gets dark at this time of year. It’s very strange to be out and about in broad daylight at 10.30 at night, last night I was out at midnight and didn’t need a torch. The flip side is you tend to wake very early as it’s so bright, even with black out blinds it still gets round the edges!  But it’s a small price to pay for good weather and decent light when the winters are so long and dark. 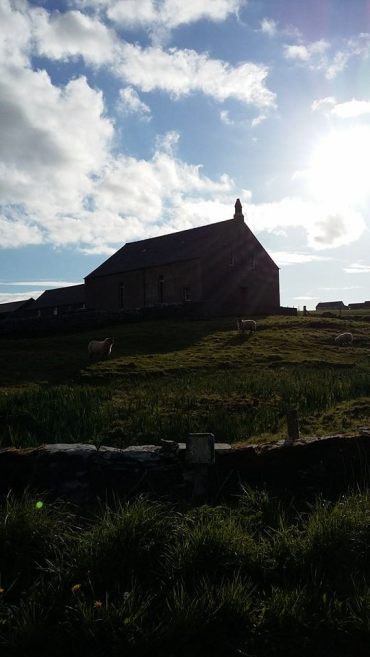 As I mentioned here I joined Orkney Beef in my maiden voyage on a bike ride earlier in the week. The two pictures above are on my regular dog walk/now bike ride route and I never tire of seeing them. I may be in danger of repeating myself but I’m a huge fan of the views in Orkney.  They change and yet stay the same constantly.  Stunning. 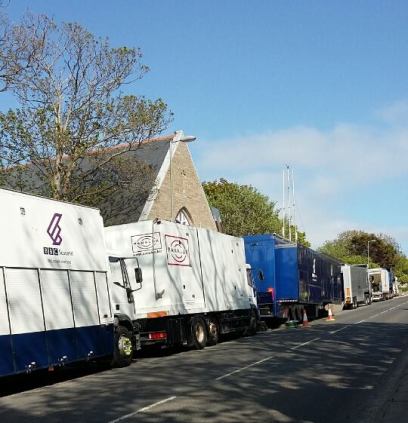 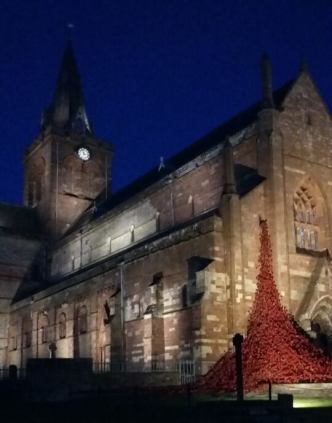 This coming week is going to be ENORMOUS for Orkney.  It’s the week we remember all those who lost their lives in the Jutland battle as well as the sinking of the Hampshire off the coast of Orkney.  Friday saw the arrival of all the BBC lorries pictured and several security vehicles are now here with police, sniffer dogs, navy ships and all manner of preparations for the arrival of Royalty, MP’s and several VIPs. The beautiful weeping window poppy display remains outside the cathedral for a few more weeks and I managed to get this picture late on Monday when it wasn’t crowded with people.  There has been much planning and preparation for the next few days events and I hope the sun shines for everyone. 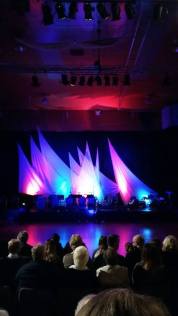 Yesterday I was in the right place at the right time.  One of my favourite people (I’ll call her EB in case I get a telling off for saying her name out loud) came into where I work and mentioned she had a spare ticket for the North Isles tattoo that evening and would I like to join her.  I was super chuffed as I had really wanted to go but tickets had sold out  fast. Orkney Beef relieved me of my bike riding obligations and off I went.  It was to show case Orkney and Shetland talent as part of the annual  Orkney Folk Festival and we were treated to a lovely evening of incredible music and dance.  There was a moving tribute to all those who lost their lives in the Longhope Lifeboat disaster in 1969 as well as Jutland tributes. It was excellently produced and Tech Support son even got a chance to volunteer and learn about lighting and stage with the crew.  All in all a great evening with someone I think the world of.  Thank you EB, and sorry  there was no interval.  I’ll be over with ice cream soon to make up for it. 🙂

2 thoughts on “My week in pictures”