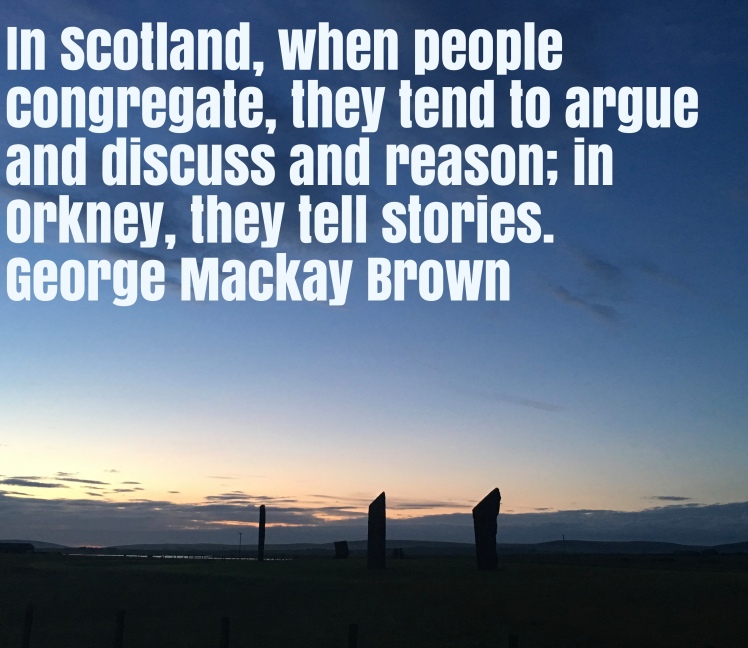 Are you sitting comfortably?  Then I’ll begin…..

Story telling has been around since the beginning of time. Long before the internet, tv and even radio.  Before books there were pictures and before pictures it was simply word of mouth. I have fond memories of my dad reading me bedtime stories, especially Enid Blyton’s Br’er Rabbit and I loved listening to how he did the various voices of the characters. My sister, brother and I were also rather partial to the Magic Porridge Pot and always knew if mum or dad skipped a page or two.

Orkney is steeped in folklore and legend and the stories have been told and re told from generation to generation. Orkney Beef has told me many stories and legends that fishermen have shared over the years.  Don’t tell anyone else this, but to this day I think  he secretly believes there may be mermaids under the sea.

On Saturday I went along to a summer story telling event for the first time since being here. I’ve always been aware of them taking place but until now had never ventured along to one. I’d suggested to Orkney Beef a few days earlier that we should go and see what it’s like and nearly keeled over when he agreed to come.  I really didn’t think it would be his thing and spent the next few days wondering when he was going to pull out and suggest I go on my own.  However, he continues to surprise me and in spite of nursing quite a cough, he bought some throat sweets and came.

The weather was far from summer, it was misty and wet with rain;  that horrible, super fine, getting wet rain. Nevertheless  we made our way to Highland Park House, (a former care home and now a B&B with fantastic quirky rooms and the sort of place I’d love to explore sometime) which was a wonderfully atmospheric setting for such an event.  I wouldn’t say I was nervous but there was certainly a slight anticipation that comes with any new experience. We all squished into the room and with little fuss the story tellers began.  Having not known what to expect, it didn’t take long for me to really enjoy it. Each story teller spoke for a few minutes and told short stories on a summer theme.  Some were folklore, some true stories (allegedly) and all of them highly entertaining.

There are some very talented story tellers out there. Writing stories is one thing but telling them is a different art all together, and there was something very special about listening to a story in a small intimate setting just like our ancestors would’ve done in days gone by.

Even the raffle was good fun as the hosts good humour was woven into the prize descriptions, and there was an hilarious song in the interval, along with tea cake.

I somehow seem to have agreed to tell a story at the next event so need to get my thinking cap on.  All in all it was a great Orkney event that I wish I’d tried sooner. I’m certainly looking forward to the next one. 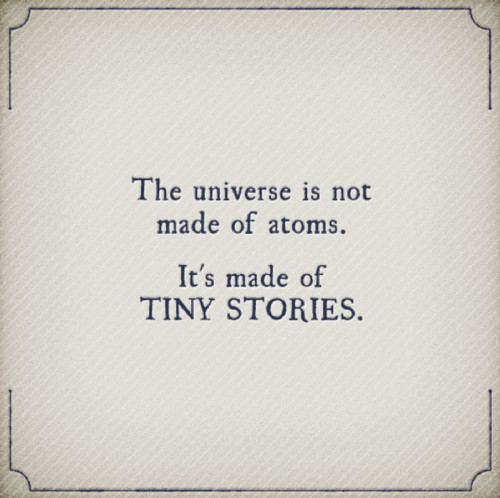 7 thoughts on “Let me tell you a story”