It’s been a corker of a day today and the sun shone and shone.  If thistle season is a thing then it’s thistle season right now in Orkney.  One of my favourites and there are loads growing at the sides of roads and in peoples fields but sadly none in my garden.  I would love to go and dig them up and relocate them but I think it would be a bit frowned on so I’ll have to settle for photos until I can get one going in my own border somehow.

Another favourite of mine is this Red Campion which grows prolifically and wild in Orkney.  I was given some of it for my own garden and it’s doing really well.  Some don’t like it because it spreads really easily but living where I live, it’s so exposed and full of salty air that I’m beginning to learn that I’ll take anything that will grow and add a splash of colour.

Every Winter I treat myself to watching the boxed set of 2000 Acres of Sky. It’s good clean harmless viewing and I’ve always wanted to go and visit where it was filmed.  Orkney Beef and I never have proper holidays but we’ve managed to book a few days away in a hotel and we’re really looking forward to it.  Orkney Beef doesn’t watch it but has agreed to be dragged around visit all the sights as basically, he’s going from one fishing town to another which is heaven for him.  I won’t lie, booking up and knowing I’m going there was one of the happiest days of my life.

Four years ago this week, Orkney Beef was in hospital severely jaundiced with a mystery condition no one seemed to be able to diagnose.  He was eventually flown to a specialist unit in Aberdeen and diagnosed with autoimmune hepatitis. An autoimmune disease which affects his liver and leaves him permanently medicated.  This coincides with world hepatitis day which is ‘celebrated’ on 28th July.   I read somewhere that of the 200 liver diseases there are, only two are related to alcohol.  The photo below was taken when Orkney Beef was much recovered (though still slightly jaundiced) I always remember the doctor telling me that if it wasn’t for the persistent research of one woman into the treatment of autoimmune liver disease then Roy wouldn’t be here. It’s treatable, not curable, but perhaps a good chance to thank everyone who has been involved in Roy’s care since his diagnosis, and for all the friends who frequently put me back together when I have my (occasional) melt down. 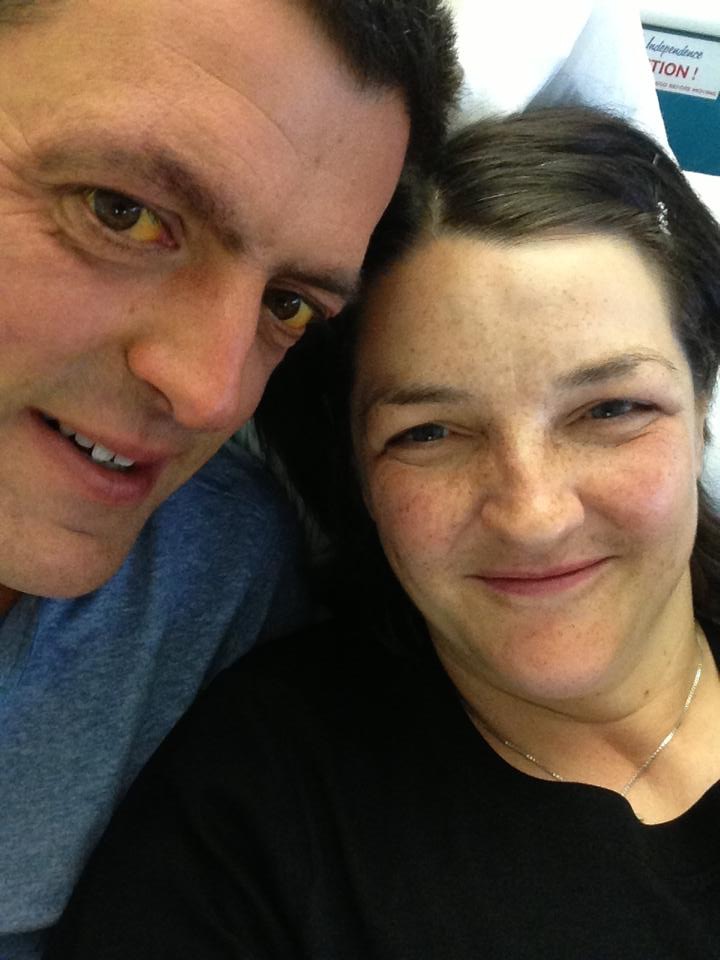 I’ve been doing some yoga lately.  Only beginner’s stuff but I enjoy it when no one is watching (as it’s not a pleasant sight I can assure you)  I’m trying to pluck up the courage to write a full blog post about my battle with the bulge and journey to fitness and I will some day.  But for now, here is a photo of what happened the minute I stepped off the yoga mat.  The dog jumped on it and settled her self quite nicely.   Downward facing dog anyone?……

If you missed it, I also managed to squeeze in a visit to Graemsay this week  You can read it here Five Go Mad on Graemsay Island (plus one and an absent friend)

4 thoughts on “My Week in Pictures”