What’s your favourite season? Mine is Spring. At the end of a long hard winter, I feel filled with hope as I see new life popping through the ground and the promise of longer, warmer days. Others prefer Autumn and write poetically about it making it almost sound bearable. For me it’s no secret that I can struggle with the season change and have to dig deep to try and embrace the shortening days and cooling temperatures. I admit though that there’s something lovely about closing the curtains and getting cosy for the night and usually my sulking is short lived. There are mornings when the skies are ablaze. So as we lit the fire for the first time this week, so did the sky. Happy Autumn.

This Facebook status is pretty self-explanatory. It’s been an exciting week.

I managed a day trip to Westray today for a friend’s ‘significant birthday’ I won’t say her age of t loud but let’s just say it’s somewhere between 49 and 51. In true Westray fashion we ate our body weight in buffet food and still had room for cake. 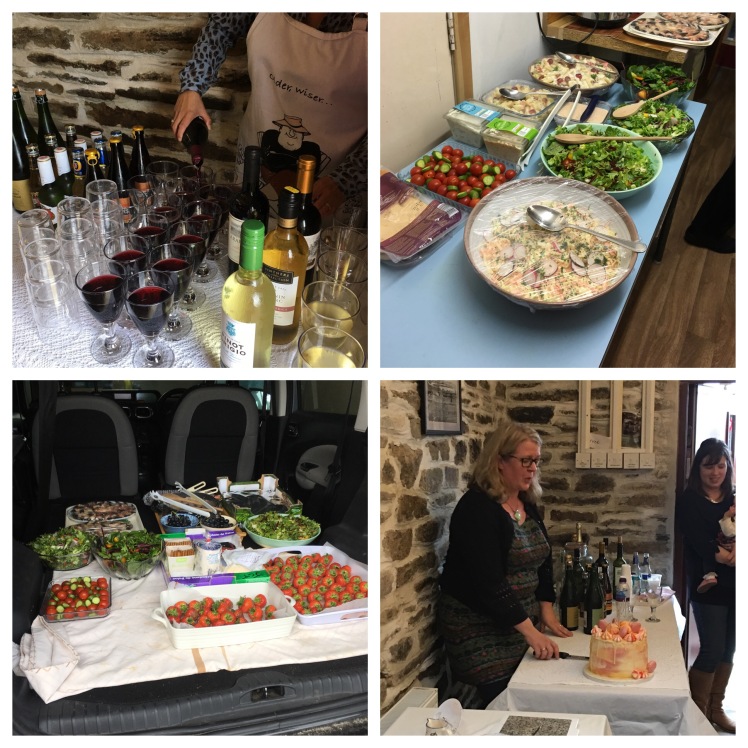 Just a fraction of the food that was consumed

Westray is a boat ride away of about an hour and a half. Saturday had been breezy to say the least, so I tend to worry about being sick on the boat. This led to another Facebook status.

Orkney Beef has spent a lifetime at the fishing and always says ‘it’ll be fine’ He say’s this if the sea is as smooth as a baby’s proverbial bottom or if you’re getting chucked around in gale force winds, so no amount of ‘it’ll be fine’ carries any weight with me. I discovered too late that I’d no travel tablets so hopped on the boat and adopted the brace position for the journey. However. It was fine. Could no one tell Orkney Beef he was right please, he’ll only be smug and unbearable for days.

In other news I managed to squash in a trip to the beach, the dog sticking her head out the window and a catch up with a friend I haven’t seen in months.  So maybe Autumn isn’t going to be so bad after all.

8 thoughts on “My Week In Pictures”