Every so often we get the opportunity to do something we’ve never done before.  I wouldn’t say sitting for a drawing class was necessarily on my bucket list but nevertheless, my artist friend has been asking me for months and months if I would sit for her class.  Dear God it better not be ‘undraped’ ! if I was willing to do it at all then it needed to be thoroughly ‘draped’  It turns out it was just my face that was required for people to sudy and draw. (Thank God!) I’ve given excuses not to do it for quite a while now but finally agreed this week following a list of questions.

The sitting still, not speaking bit was an interesting challenge, but I was told by several artists that I ‘sit well’ . Orkney Beef would never believe them- In fact, he may well decide to pay me to sit still and not speak for a couple of hours just to buy himself some peace and quiet.

There were some wonderful interpretations and some slightly weird. At times it appeared artistic license rode roughshod over my ‘please don’t make me look like a goblin or Princess Fiona from Shrek’ stream of consciousness as I sat. However, I was allowed to keep my favourite which was done by the super talented artist Diana Leslie. 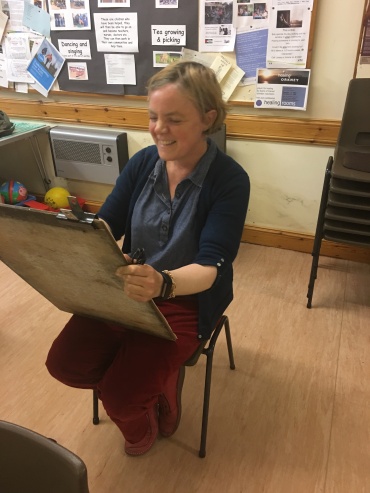 Orkney Beef became the proud new owner of an Apple watch this week.  A humble man who allows himself very little in terms of birthday presents and gifts finally agreed to having one for his birthday (which incidentally was over six weeks ago)  As he was away from Orkney for a couple of days he had a chance to go to the Apple store and choose one.  He chose a series 1, and the shop assistant told him they were now on series 3.  It’s sort of like buying a newspaper from three days ago, but he’s absolutely delighted with it.  He spent the whole day phoning me via his wrist and saying ‘can you hear me?’ and we had about 150 demonstrations on how to take a photo from your phone – via your watch -to get quality photos like this. 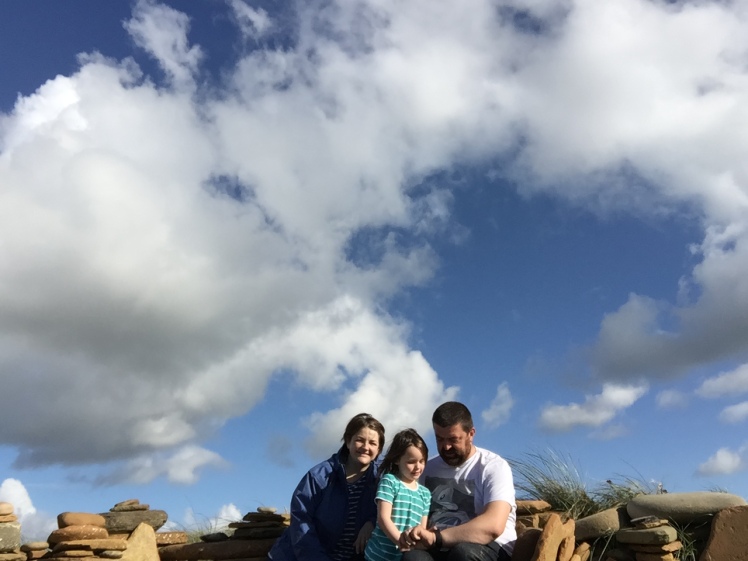 Yup.  Beam me up Scottie.

Today is October 1st and don’t we all know it.  It’s poured with rain in Orkney today to the point of flash flooding on the roads and water pouring off fields, and the forecast is not looking great for the week ahead.  Yesterday, however, was beautiful for the last day in September and we made straight for the beach.

We had Peedie Meatball with us and everyone was happy including the dog. 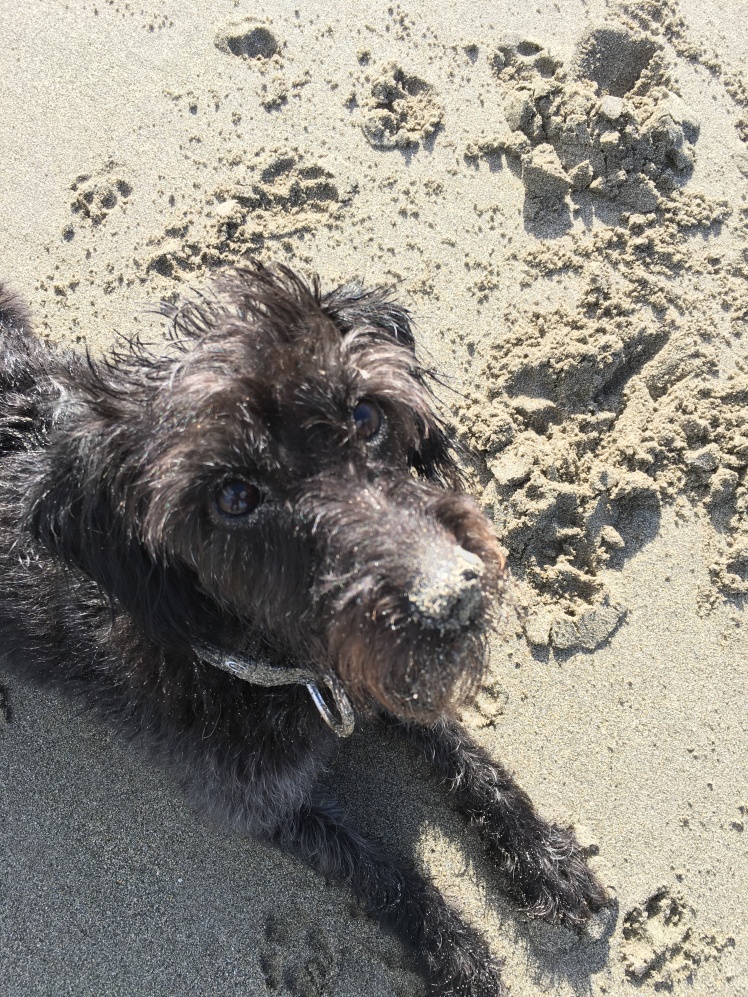 I’m not sure how many times we did 1 2 3 swing followed by ‘again, again’ but it felt like hundreds.  I captured it in slow motion, just for fun. Press play.

No amount of rain will deter people from cake and raffle.  This afternoon was a Macmillan fundraising afternoon at our local village hall and I had the loveliest of times with a friend who is up for a holiday (and sadly managed to break her wrist the day she arrived!) I know Macmillan do wonderful work and I’m always willing to eat cake as a selfless act for a good cause.

Another busy week has gone by.  We’ve heard sad news and happy news in life’s cycle of ups and downs.  Here’s hoping the coming week gives you all something to smile about.  Have a good one.

2 thoughts on “My Week In Pictures”