Hold the front page!  Orkney has a week of winter weather in Winter.  It’s to be expected right?  Winter heralding snow, but we still act surprised, annoyed and in some cases a tad dramatic about it when it comes. There’s nothing we can do about the weather except get on with it, but it doesn’t stop us all looking at each other and stating the obvious like ‘a lot of snow about or slidey isn’t it?’ I’m so glad I invested in a set of winter tyres.  I’m also glad I invested in a set of those grippy things you put on the bottom of your shoes to stop you skidding around like Bambi on ice.  My only regret was I put them in such a safe place I couldn’t find them for days. At times like this, buying a new pair usually activates finding the originals, but eventually I found them, which will activate the snow and ice melting.

The dog loves the snow and had great fun running around chasing snowballs.  She tried to carry them in her mouth every time to no avail.  It was all great fun until the snowballs were aimed at me then war broke out. I won, in case you’re wondering.

I’ve been having frequent dizzy spells recently and it’s meant at times I’ve not been able to drive as well as making me sick.  (urgh, my nemisis)  it resulted in Orkney Beef driving me to the doctors in a white out blizzard asking me not to be sick in his new car.  Cheers OB! 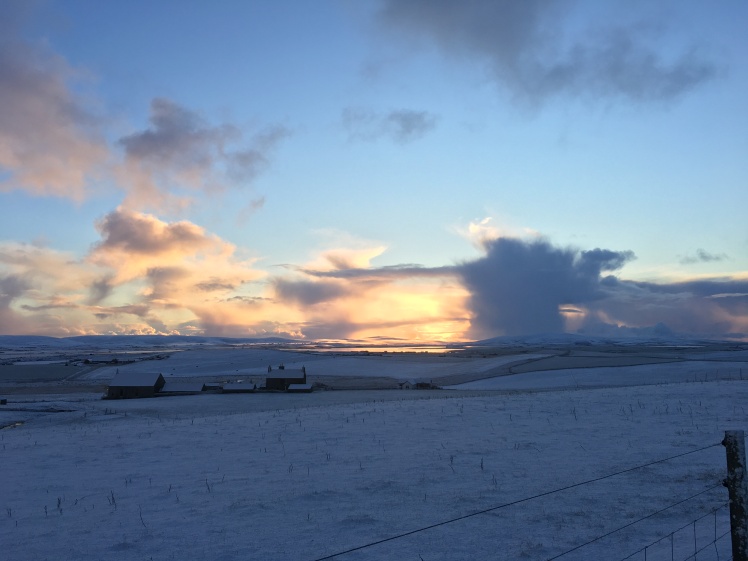 I was feeling a bit more human later in the week and at the weekend we decided to treat ourselves to a well-earned dinner and night at the Foveran hotel.  Fabulous food, location, accommodation, everything.  Over too soon but good while it lasted.

As I lost two days to sleeping off an acute dizzy and room spinning episode I have little else to write about other than snow. But I made it back to work for my sarcastic calendar so I could update you on my favourites.  You’re welcome.

In other news, Call The Midwife is back on.  My all-time favourite tv show as many of you know.  My heart is full.

Have a great week and keep upright.

6 thoughts on “My Week In Pictures – A Winter’s Tale”